This is an event of ABE.What is new? Undead Pigs invade Piggy Island!

Zombified Burp: Charge 2 turns:Deals 100% damage to all enemies, they take 50% damage for the next 3 turns

Undead: Revives 3 turns after being knocked out

Second time a Zombie was the main antagonist

This is the first time the Zombie King appeared in ABE

This is Howler's third appearence

Add a photo to this gallery 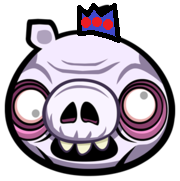 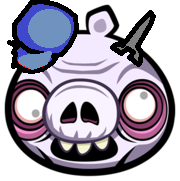 Add a photo to this gallery
Retrieved from "https://abcc.fandom.com/wiki/Night_of_the_Living_Bacon?oldid=7038"
Community content is available under CC-BY-SA unless otherwise noted.